Brandlive was organizing themselves in the spring and summer of 2018 to get Vancouver’s inaugural SKOOKUM music festival ready to launch for the first weekend of September. Brandlive wanted to increase awareness of the new festival, which would feature music, arts and food, in order to increase ticket sales and to have a successful first year.

Until 2015, Brandlive had been running the Squamish Valley Music Festival, in partnership with Live Nation, in Squamish, BC since the rock festival’s outset in 2010.

It was a giant undertaking that saw top musicians and tens of thousands of fans meet in a beautiful valley setting for a weekend of music.

New festival SKOOKUM was meant to replace Squamish in Vancouver’s Stanley Park. The name SKOOKUM is a Pacific Northwestern Indigenous word meaning good luck and Brandlive was feeling lucky that the inaugural SKOOKUM festival would do better than just okay. They also wanted to see conversions through ticket sales. 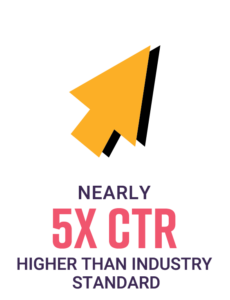 We ran an awareness campaign from March 1 to July 31, 2018. We wanted to build awareness by reaching out to an audience interested in festivals and the types of bands that were booked to play at SKOOKUM. Our strategy was to target similar demographic festivals and concerts. We used our Hyper technology to reach audiences on their mobile devices when they entered these geofenced locations in the Vancouver area. Those who engaged with the ads were retargeted with additional ads during the campaign.

We used Hyper video advertising to reach the right audience. This was done by first scraping a website for specific keywords, in this case a list of all artists booked at SKOOKUM and similar types of artists. If the website met these terms and had an embedded video, we were able to provide highly relevant video targeting. This strategy allowed the ads to be placed on websites like Billboard. We focused our Hyper video ads on the cities of Vancouver, Edmonton, Calgary, Seattle and Portland.

Mid-July a campaign briefing was held and it was decided to include social media in the campaign. Users in the Vancouver and Seattle area with an interest in SKOOKUM artists were targeted on Tinder as were Spotify listeners of the same artists. Vancouver and Seattle were chosen as they are the two closest major markets to the festival. The tongue-in-cheek copy we wrote had a lot of likes and crazy engagement on Tinder as well as Facebook. 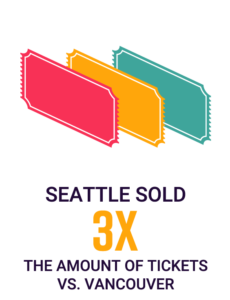 Figure 1:The tongue-in-cheek copy we wrote had a lot of likes and crazy engagement on Tinder as well as Facebook. 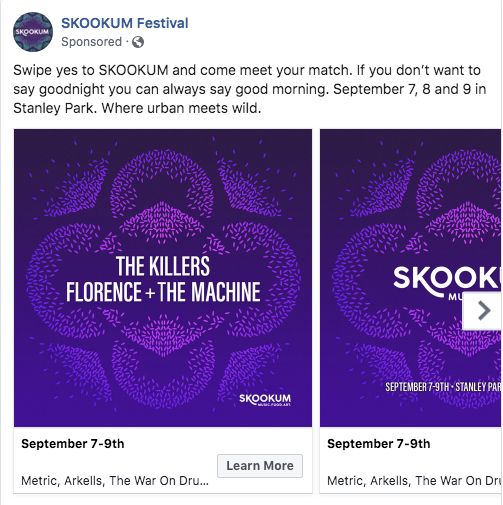 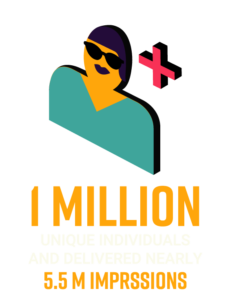 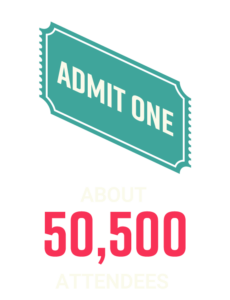 Brandlive was very happy with the results and the incredible turnout of 57,000 attendees at SKOOKUM. Although SKOOKUM’s second year has not yet been planned, they continue to work with us on other campaigns such as the Honda Celebration of Lights. During the festival we drew a geofence around the site and harvested the device IDs of mobile phones inside. This information will allow SKOOKUM to target these festival-goers about future events or to sell the data to other music festivals. As device IDs are associated with a six-digit postal code, we were able to produce a heat map to find out home locations of the festival goers, which will allow Brandlive to place OOH advertising like billboards in those areas if they so choose for the next event. Brandlive’s inaugural SKOOKUM festival was a success thanks to using strategic targeting to reach the right audience.

The goal was to capture brand-new listeners as THE PEAK had recently rebranded as a modern rock station.