Boston Pizza’s Manning location needed help getting customers both through the door and placing orders online. The restaurant had been operational for about a year when Boston Pizza contacted us to help them generate more business in this location. The primary goal was to target the neighbourhoods surrounding the restaurant to boost foot traffic from customers who lived nearby. The secondary goal was to increase clicks on deliveries and online orders and to have customers call the store directly rather than Boston Pizza’s main call centre. July is historically a low-performing month for online orders at Boston Pizza and they wanted to run a month-long campaign with us to see if the numbers could be improved.

Boston Pizza is a sports bar and gourmet pizza chain restaurant that started with one location in Edmonton in 1964 and began franchising a few years later. They can now be found internationally in both the United States and Mexico along with more than 380 Canadian locations. They have been recognized as one of Canada’s 50 Best Managed Companies on numerous occasions over the past two decades. 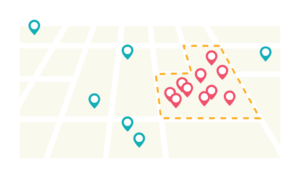 To implement the delivery campaign, we drew a geofence around the communities directly bordering Boston Pizza Manning and delivered ads that would persuade customers to call the restaurant directly with their orders. We used Hyper, retargeting and Facebook ads to generate awareness and to drive online orders. We introduced Boston Pizza Manning to our unique, technological Hyper approach to advertising that allows us to target only devices whose owners have a set of qualities the client is looking for. 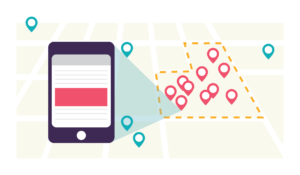 We were able to physically target devices by collecting a customer’s unique device ID after one of the ads had loaded while they were located within the geo-fenced area. We retargeted customers who physically came into Boston Pizza Manning and those who visited a nearby competitor. We predicted that those who saw the ad would already be interested in ordering from Boston Pizza, as BP’s corporate office already does a great job of product promotion, and would only need to be prompted to do so with a call to action. We also ran a Facebook campaign to increase calls to the Manning location for delivery.

The kitchen had to extend its hours! As a result of the campaign there was a 16% increase in online orders (compared to a 3% decrease for other BPs locations during the same period) so that the average spend increased to $41. Most of the ad engagement happened between the house of 10pm and 3am after the kitchen was closed. So they decided to revise their hours and stay open longer for the late-night pizza-ordering crowd. 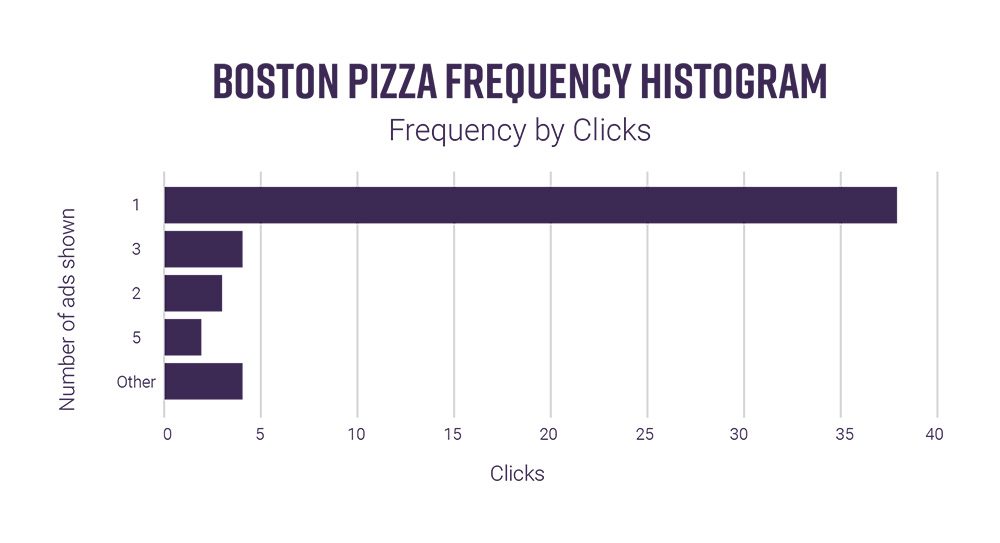 Boston Pizza Manning experienced a 16% increase in online orders during the campaign as well as an increase of $1250 through online ordering that month with an average online order of $41. The increase in online orders was directly attributable to Carto Media as this was the only Edmonton-area Boston Pizza to experience an increase during July. The other locations actually decreased online orders by 3% during the same time period. We were also able to provide delivery-campaign data such as the times customers were most interested in receiving deliveries. We analyzed the time of day with the most clicks and suggested that Boston Pizza Manning alter their campaign to deliver ads at this time: between 10 pm – 3 am. Hyper showed us that the highest click-through rate came from customers who saw the ad for the first time and those who saw the ad multiple times were less likely to click. This aligned with our pattern prediction that those who saw the ad would have been previously interested in ordering from Boston Pizza and would only need to be prompted to do so with a call to action.

They were keen to reimagine how their week-long event could be made even better and appeal to a broader demographic.

They were so impressed with the results, they ended the relationship with their former AdWords provider and jumped ship to us.

Brandlive wanted to increase awareness of Vancouver’s inaugural SKOOKUM music festival in order to increase ticket sales and to have a successful first year.